Solana is a high performance and high throughput BlockChain network. It uses PoH for generating blocks and PoS for voting confirmation. Solana has two types of nodes: leader and validator. The leader processes all transactions and broadcasts them to the entire network. Validators voting block confirmation via PoS mechanism, the verifications is faster than generate and can be running on parallelly. 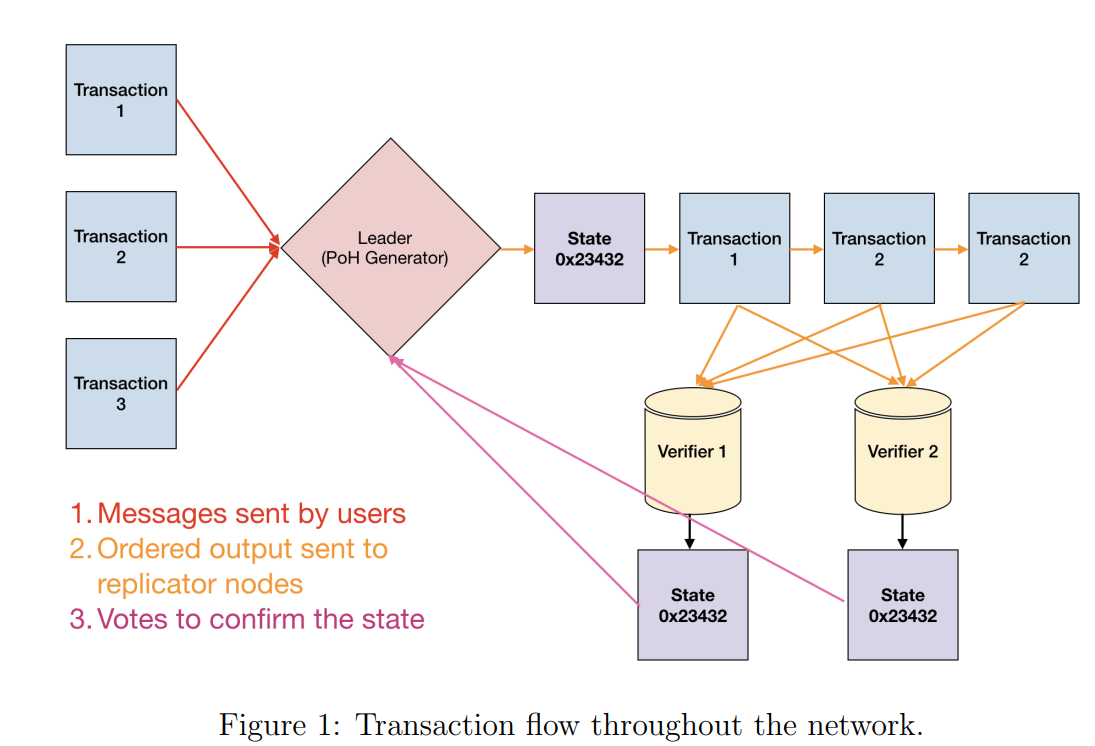 Solana invented PoH(proof of history) for generating a time slot. Each slot has one block, the previous block hash was used for the next block-generating input. For understanding PoH well, you can treat it as a VDF(verifiable delay function). Like the PoW(proof of work) time-consuming feature, it still uses Sha256 for the computing cycle. Solana named each sha256 calling as a tick, a block must be ticked for 400ms. The PoH algorithm Pseudocode is like:

The entire network has a primary leader, the leader has been running PoH algorithm for its scheduled term. During the PoH algorithm running, each transaction will be inserted into the generating block, the order of transaction is determined by the queue order. Because a block can represent a unit of time, Solana utilized it for time synchronization and data consistency.

Every block is filled in a slot, even there is no transactions, the PoH still generate an empty block. The replatioship of PoH and transactions are like:

Unlike the other BlockChain network without obvious structure, the Solana network is a tree structure. Solana transmits blocks over the GOSSIP protocol. Each block will be split into shreds with additional loss erasure codes. The order of sending packages doesn't need to be determined. Because the network is a top-down structure, each node just transmits packages to neighbors and lower- level nodes. The lower-level nodes don't need to send packages back to upper- level nodes. 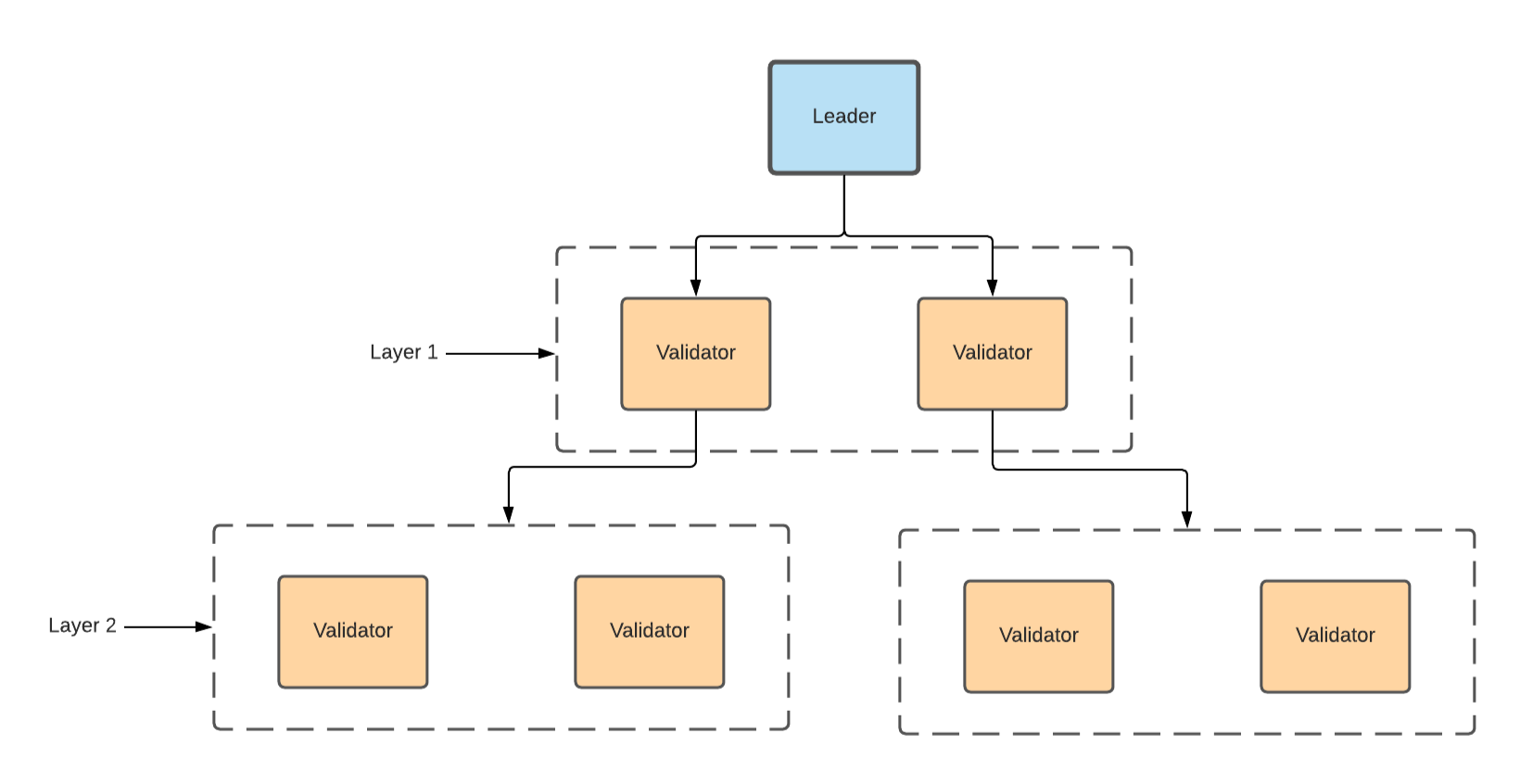 how does Solana process transactions?

Solana represented each slot as a period of time, when a transaction has been banked(decreasing/increasing balance), it will be sent into the PoH queue and merged into the block. 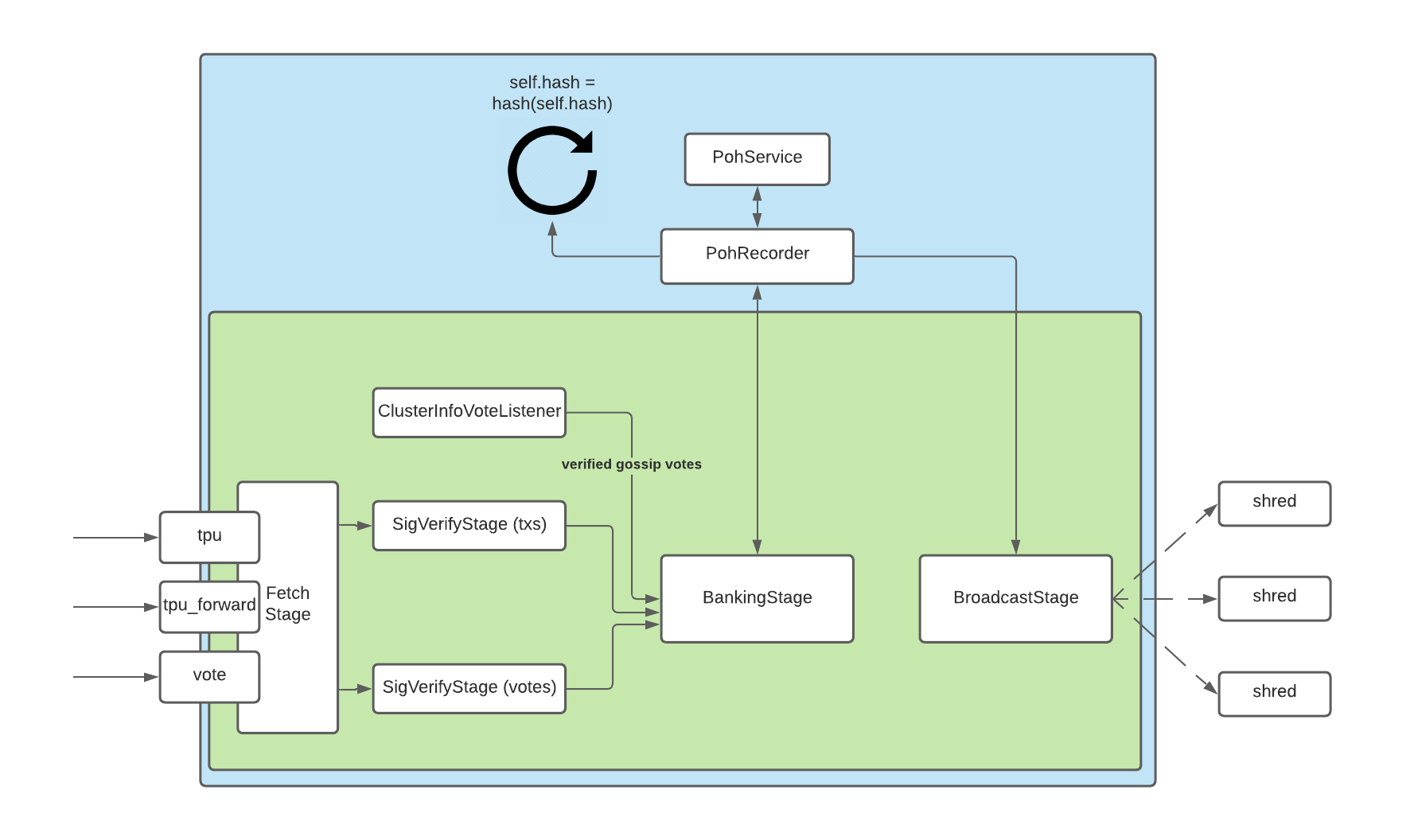 Why Solana is fast and high throughput?